In The First Society: The Sacrament of Matrimony and the Restoration of the Social Order, Scott Hahn makes the startling claim that our society’s ills and its cures are rooted in whether we reject or accept the divine graces made available through the Sacrament of Holy Matrimony.

Man, he argues, is social in his very nature. We were created for community. As it was in the beginning, so it remains today. The family, formed through the Sacrament of Matrimony, is the most basic building block of every society—whether we like it or not. We’ve corrupted marriage, and so we have a corrupt society. If we get marriage right, our society, through God’s grace, will flourish.

This is so because Matrimony, like all the sacraments, heals and elevates human nature. Without marriage, our ambitions toward a just social order will remain forever foolhardy. With it, the seemingly impossible, a truly peaceful and humane civilization, becomes possible.

SCOTT HAHN is the bestselling author of over forty titles, including The Lamb’s Supper and The Fourth Cup. He holds the Fr. Michael Scanlan Chair of Biblical Theology and New Evangelization at the Franciscan University of Steubenville , where he has taught since 1990. As founder and president of the St. Paul Center for Biblical Theology, he is editor-in-chief of Emmaus Road Publishing. He also serves as the McEssy Distinguished Visiting Professor of Biblical Theology at Mundelein Seminary. Dr. Hahn has six children and fifteen grandchildren. For more information, visit ScottHahn.org.

“Western society is deeply affected, indeed wounded, by sin, by rebellion against God and His plan for our eternal happiness. The most deadly wound has been inflicted by the ferocious attack on the fundamental truth of marriage, which seeks to obscure and sully the sublime beauty of the married state as God intended it from the Creation. Today we must be ready to suffer, as Christians have suffered down the ages, to honor and foster Holy Matrimony. Indeed, as Scott Hahn shows in his inspiring and challenging work, only a society radically obedient, through cooperation with sacramental grace, to the reign of Our Lord, Christ the King, can truly flourish. A society, formed and animated by sacramental grace, is established and flourishes in the very first society, the family. Such a society, in fact, becomes a reality in Christian families who, by their heroic example, witness to the splendor of the truth about marriage.”
—Raymond Leo Cardinal Burke
Member of the Supreme Tribunal of the Apostolic Signatura

“Hahn puts forward an exciting—Catholic and catholic—vision of society centered in marriage and family, showing reasonably and forthrightly how we might ‘apply the sacramental logic of the faith to the peculiar circumstances of the twenty-first century while learning from the pitfalls of the past.’”
—David L. Schindler
Gagnon Professor of Fundamental Theology, The Pontifical John Paul II Institute for Studies on Marriage and Family at the Catholic University of America; Editor, Communio 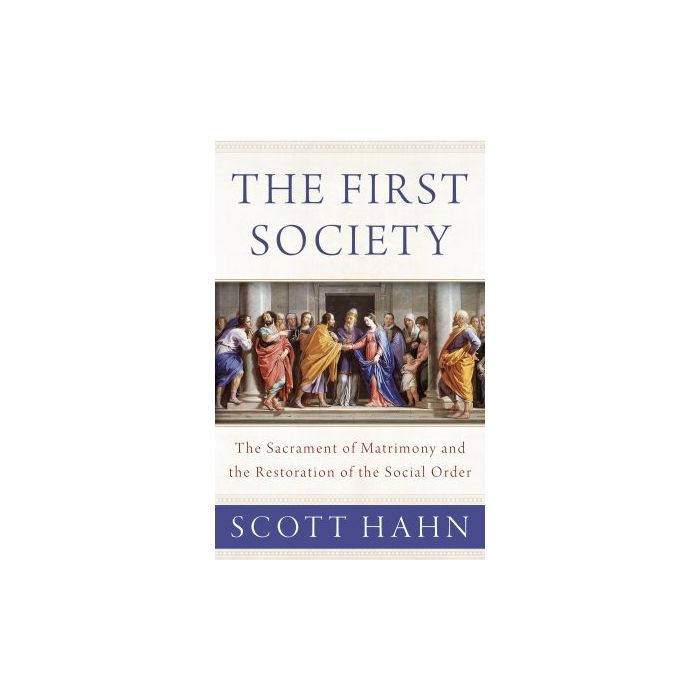