Motif of Containment in the Gospel According to Mark

'In this important new study, O Floinn revisits the theme of messianic secrecy first identified by Wrede, and takes it forward in original and interesting directions, demonstrating both the pervasiveness of the motif of downplaying Jesus' miracles in the Gospel of Mark, and the rarity of such containment in a first century cultural context. He succeeds in shedding fresh light on the Gospel as a whole, and on particular aspects of its narrative, such as the presentation of the disciples and the term the son of man.'

'This is a study I have been long hoping for. I never believed in the concept of the messianic secret as proposed by German scholar William Wrede. Gearard O Floinn comes up with a more text-oriented concept: the containment motif. Jesus is someone who does not present his own actions as great signs and that very reluctance identifies him as an honest teacher and a prophet.'

'In Mark's Gospel the characterisation of Jesus is qualified by miraculous activity which, concurrently and paradoxically, Jesus himself tries to deemphasise or even hide. This is what O FLoinn calls the motif of containment. He offers fresh arguments and new results and places these in the middle of current research on the phenomenon of concealment in Mark.'

Gearard O FLoinn is Senior Lecturer in the Froebel Department of Education, Maynooth University, where he teaches religious education and religious studies. He graduated in education from Colaiste Mhuire Marino and from Trinity College Dublin, and in theology from Saint Patrick's College, Maynooth. He did postgraduate studies in education at Trinity College Dublin, in theology at the Irish School of Ecumenics and at Saint Patrick's College, Maynooth, and in biblical studies at Tilburg University. He is a former secretary of the Irish Biblical Association. 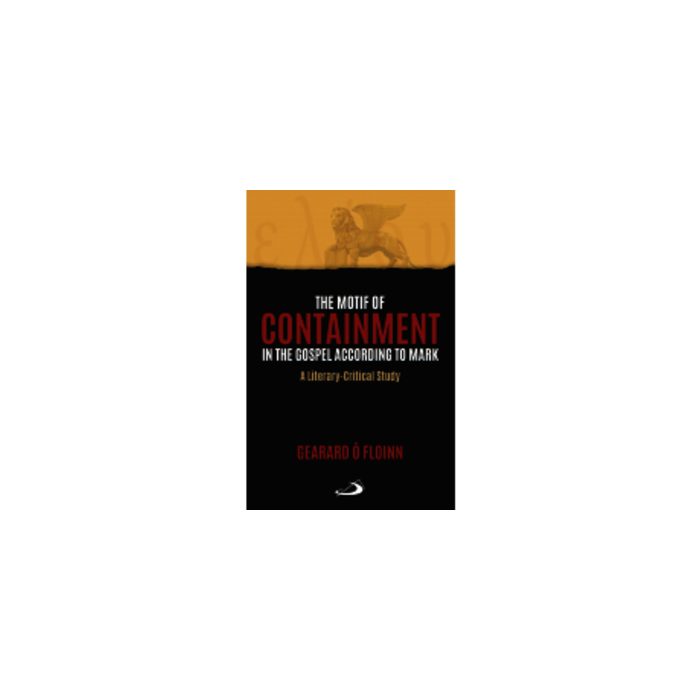