Add to Compare
The Second Vatican Council (Vatican II) was one of the most significant events in the life of the modern Church. Between October 1962 and December 1965 the largest ever gathering of Catholic bishops answered the call of Pope John XXIII to let some fresh air into the Church. Completing the work of an earlier Vatican Council that had been cut short, and in a tradition of ecumenical councils dating back to the time of the Apostles, Vatican II laid the foundations for a renewal process that still continues. For this reason CTS have decided to republish the four major documents of the Council (known as Constitutions and named after their opening words in Latin), with new Introductions by leading churchmen, to encourage continued study of the Council in parishes and elsewhere.
Lumen Gentium, promulgated in 1964, is the Dogmatic Constitution on the Church. It reflects the Church's own modern self-understanding - in fact it brought that understanding into focus for the first time. We live in an age of indifference, and yet the Church is a light not just for Christians, but for all humanity. She is the instrument, the Bride and the Sacrament of God, rooted in the Trinity. She is the Kingdom of Christ already present in mystery for those who have eyes to see; but also a pilgrim, afflicted by human imperfections, pointing the way to unity in the Spirit.
Skip to the end of the images gallery 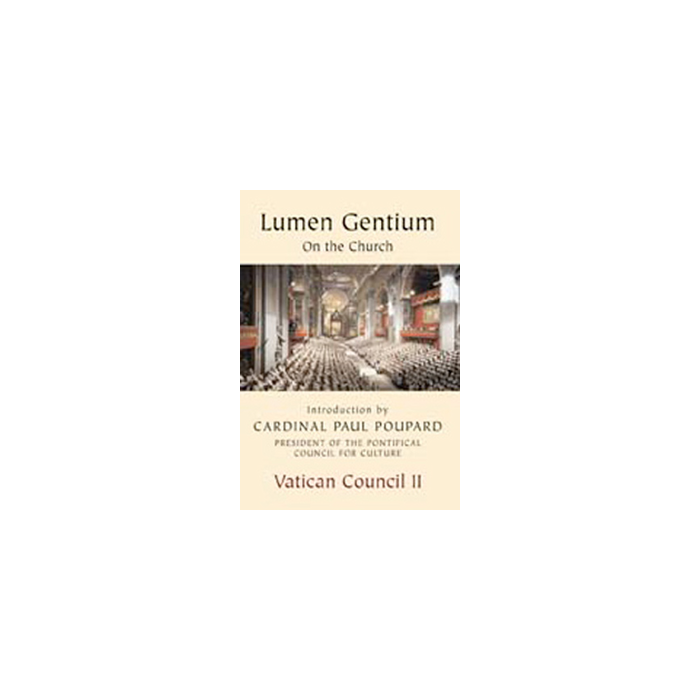