Gaudium et Spes: Pastoral Constitution on the Church in the Modern World

Gaudium et Spes. One of four Apostolic Constitutions resulting from the Second Vatican Council, this document was promulgated by Pope Paul VI on Decmeber 7, 1965. In this document, the last of the documents promulgated by the Council, and of all of them, the most vast, the Council Fathers express a desire to engage in conversation with the entire human family so that the Church can help shed light on the human mystery and cooperate in solving contemporary problems. With this document the Bishops of the entire world, gathered tightly around the successor of Peter, expressed the solidarity of the Church towards men and women who lived in a world that had been scarred by two huge conflicts and were going through a profound crisis of spiritual and moral values.

In this document the Church states that it is her role to scrutinize the signs of the times and interpret them in the light of the Gospel. The document notes that we are in a new age of human history, in which the social and cultural circumstances of life have profoundly changed. There are positive signs in this transformation such a healthy evolution toward unity, a growing interdependence among people, and a more thorough development of human personality and to a growing discovery and vindication of our rights.

These positive signs noted by the Council are countered by several negative signs. Among these are the fragmentation which has developed within individuals, families, races, and nations. Many find it difficult to identify permanent values and apply them to changing circumstances, and the split between people's faith and their daily lives. Social disturbances and wars mar the planet and often result from pride and selfishness.

The Council sets out to establish a working relationship with the world in which it finds itself, for the Church goes forward together with humanity and experiences the same earthly lot which the world does. The Church serves as a leaven and as a kind of soul for human society. The two questions it asks are still valid today in a world that is so different from that which the Second Vatican Council addressed: Are the changes happening in the contemporary age all useful for the good of humanity? Can you have a more perfect temporal order without it going hand in hand with spiritual progress?

The document is an overview of the Catholic Church's teachings about man's relationship to society, especially in reference to economics, poverty, social justice, culture, science & technology, and ecumenism. 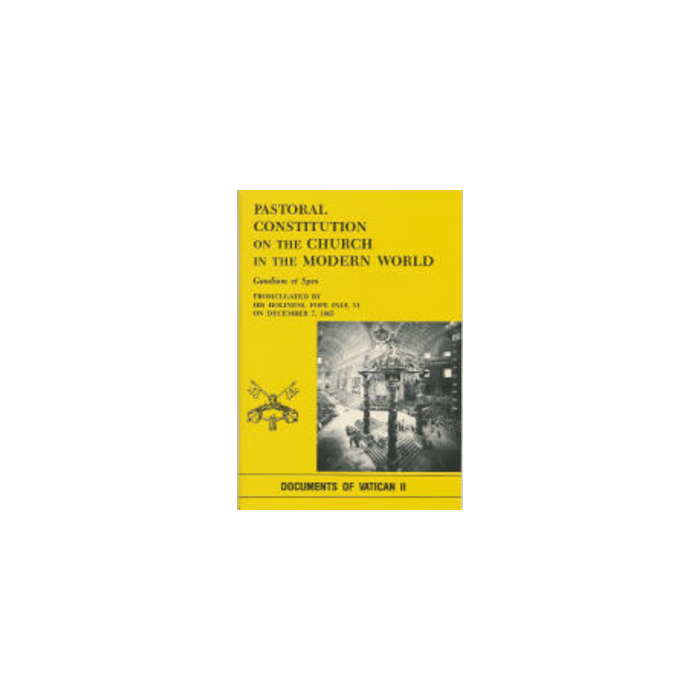