Hope for the World (Cardinal Burke)

To Unite All Things in Christ

In a thorough and hard-hitting discussion, Cardinal Raymond Burke frankly offers his thoughts and insights on the pressing issues of our times: the role of the Catholic Church in the modern world, the liturgy, spiritual renewal, marriage and family, respect for human life, and more. His deep love for Christ is evident as he recounts his own upbringing in a devout Catholic family, his early priestly years, and his service as a bishop in the United States and Rome.

Every topic is approached from the perspective of deep faith and sound reasoning, without polemics. Cardinal Burke, a great canonist with long pastoral experience, treats difficult subjects with clarity and directness. His lucid and straightforward answers help with understanding the essential moral and spiritual challenges of today. They uncover the foundational truths of the natural law, which is written on our hearts.

"Want to know the real Cardinal Burke? Here he is in full, a good priest and an accomplished churchman, in love with the Lord Jesus and passionate about the Lord's flock."
— George Weigel, Ethics and Public Policy Center

"This is classic Cardinal Burke: conceptual clarity, courageous and direct expression of the truth, and comprehensive treatment of everything he addresses."
— Robert Royal, Author, A Deeper Vision

"Cardinal Burke reveals his own story, and along the way, he candidly answers challenging questions with clarity and precision. Throughout he is as inspiring as he is fearless."
— Raymond Arroyo, EWTN News Anchor, The World Over

"Cardinal Burke provides a therapeutic analysis of the crisis affecting the Church since Vatican II, and he radiates the perennial hope that is the wellspring of evangelization."
— Fr. George Rutler, Author, He Spoke to Us

Guillaume d'Alançon is an episcopal delegate for the family and for life issues of a French diocese, and the author of works in philosophy and spirituality.

Raymond Leo Cardinal Burke was made a Bishop by Pope John Paul II in 1994, and a cardinal in 2010 by Pope Benedict XVI. He was called to Rome in the same year to become Prefect of the Supreme Tribunal of the Apostolic Signatura. In 2014 Pope Francis named him chaplain to the Order of Malta.

Cardinal Burke's August 29, 2016 Tele-Press Conference on Hope for the World

Listen to Cardinal Burke's tele-press conference on Hope for the World here.

See RESOURCES below to download the transcript of Cardinal Burke's Tele-press Conference. 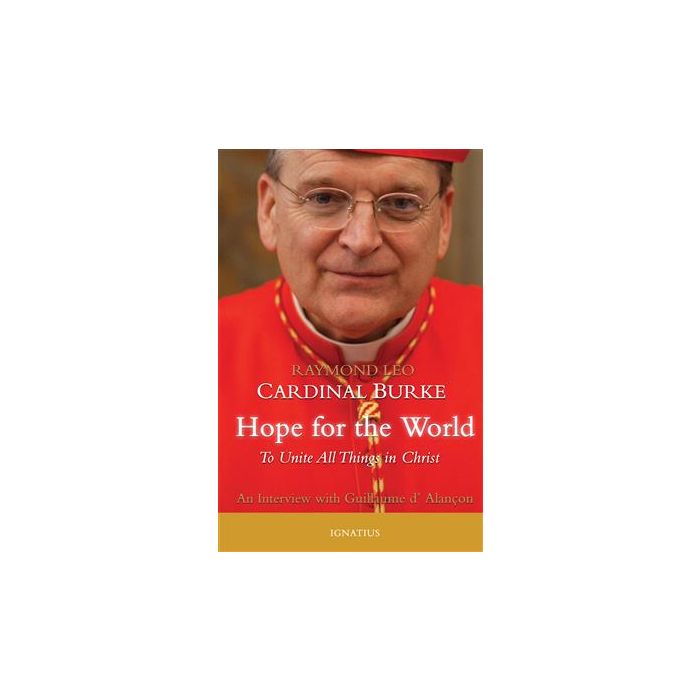