Collectively, these individuals tell the story of the building and the shaping of the largest religious body in the United States. But this book is more than a historical survey of prominent personalities. Catholics in America explores the ongoing, often controversial, effort of Catholics to work out their identity in a secular, and sometimes hostile, society.

Taken together, the chapters pose a fundamental challenge to the conventional wisdom of Catholic Americanist historiography, which takes cultural assimilation for granted. The oldest question in the history of the Catholic Church in the United States may be this: "Is it possible to be a good Catholic and a good American?" This book documents the variety of answers that have been given to date and demonstrates that the question is timelier now than ever before.

"Intelligence, zeal, fidelity and a sharp critical eye: Russell Shaw excels in these qualities. All of his skills combine here in these portraits of fifteen key Catholics from our nation's history that make for a compelling experience of the tensions that exist between our Christian identity and the powerful appeal of American secular culture. It offers wonderful help, vividly readable and wise, in understanding the dilemmas and paradoxes of the Catholic Church in the United States."
— Charles J. Chaput, O.F.M. Cap., Archbishop of Philadelphia

"Russell Shaw brings into poignant relief the changes in the American society into which it was once thought possible and desirable for Catholics to join as fully pledged citizens. We have here a sober book that allows us, belatedly, to examine our political souls in the light of more eternal things."
— James V. Schall, S.J., Professor Emeritus, Georgetown University

"Shaw investigates the most fundamental question facing Catholics today: Have we become too accommodating of our country's politics and culture for our own good? This is must reading for anyone seeking to figure out how the Catholic community in America must walk further into the twenty-first century."
— Gerard V. Bradley, Ph.D., Professor of Law, University of Notre Dame

"Russell Shaw, one of the very best Catholic writers today, takes the reader back to the very beginning of Catholicism in the United States and shows its impact on this country."
— Fr. C. John McCloskey, Author, Good News, Bad News

Russell Shaw is a widely published author and journalist who has written over twenty books, including American Church and Nothing to Hide: Secrecy, Communication, and Communion in the Catholic Church. For 18 years, Shaw directed media relations for the National Conference of Catholic Bishops and the United States Catholic Conference. From 1987 to 1997 he oversaw media relations for the Knights of Columbus. 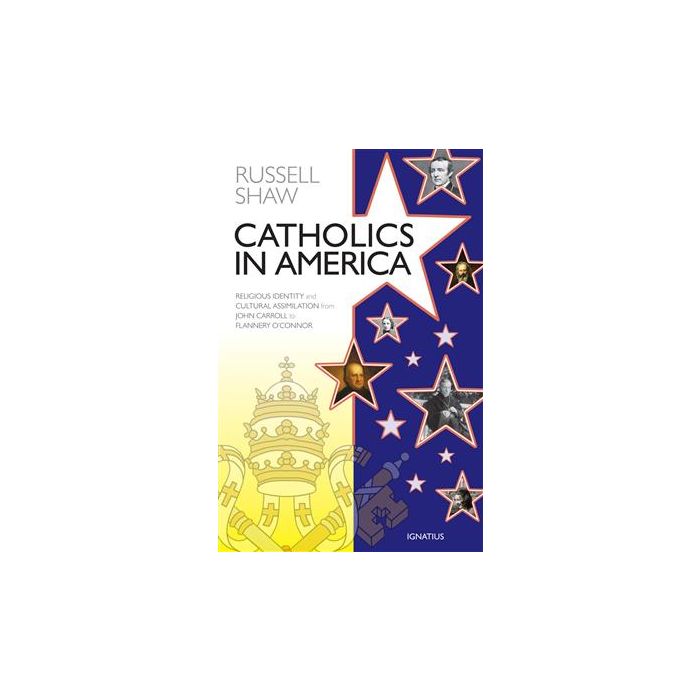