The Remarkable Rise,Meteoric Fall, & Uncertain Future of Catholicism in America

Has the Americanization of American Catholics-their cultural assimilation, that is-been a blessing or a curse for the Church in the United States? Or has it been a bit of both?

In American Church Russell Shaw takes a searching look at that question and reaches a disturbing conclusion. Cultural assimilation, which was ardently championed by churchmen like the great Cardinal James Gibbons of Baltimore around the turn of the last century, has undoubtedly conferred many benefits on Catholics. Their absorption into the secular culture of America, however, now threatens the Catholic identity of millions of faithful and of their institutions, such as schools, universities, and hospitals.

Shaw does not offer this conclusion as an unsupported generalization. American Church is a richly documented analysis of a process extending over two centuries. Colorful characters and dramatic incidents abound, including the nineteenth-century intellectual feud between Orestes Brownson and the Transcendentalist convert to Catholicism Isaac Hecker, Pope Leo XIII's condemnation of Americanism, the anti-Catholicism that greeted the presidential campaigns of Al Smith and John F. Kennedy, and the numerous intra-Church conflicts that have divided American Catholics since the Second Vatican Council.

In concluding his study, Shaw offers a number of thought-provoking suggestions about what the Church in America needs to do now in the face of an ongoing decline that is sapping its strength and may threaten its very survival.

"The new bull-in-the-china-shop of U.S. Catholic history, Russell Shaw upends pedestals, reimagines story-lines, and invites all of us to think again about the roots of the severe challenges -- and great opportunities -- facing the Church in the United States in the first decades of the third millennium."
- George Weigel, author of Evangelical Catholicism: Deep Reform in the 21st-Century Church

"Russell Shaw marshals a good deal of evidence on behalf of his provocative thesis about the problems of American Catholicism. Even those who do not fully subscribe to that thesis will find the book informative and suggestive."
- James Hitchcock, Professor of History, St. Louis University, author of History of The Catholic Church

"Russell Shaw's American Church is a piercing and essential meditation on the past, present, and future of Catholicism in these United States. It should be required reading for all -- secular, devout, and otherwise -- and is beautifully narrated to boot."
- Mary Eberstadt, author, Adam and Eve After the Pill

"Russell Shaw is one of the best informed and most articulate observers of the American Catholic experience; a writer of elegant clarity, fairness and impeccable research. If you want to understand the Church in the United States and the challenges she now faces, American Church should be on the short list of books you need to read."
+Charles J. Chaput, O.F.M. Cap., Archbishop of Philadelphia

Russell Shaw is a widely published author and journalist who has written over twenty books, including American Church and Nothing to Hide: Secrecy, Communication, and Communion in the Catholic Church. For 18 years, Shaw directed media relations for the National Conference of Catholic Bishops and the United States Catholic Conference. From 1987 to 1997 he oversaw media relations for the Knights of Columbus. 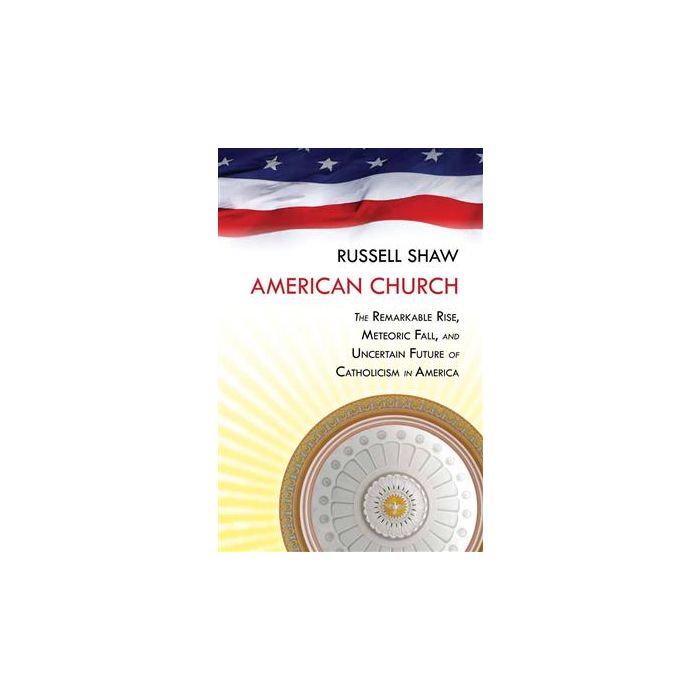