An entertaining and informative biography of pioneer priest, Fr John Therry who had a great influence in the foundation of the Catholic Church in Australia.

Cork-born John Joseph Therry was the first Catholic chaplain officially appointed to New Holland [now Australia]. After arriving in Sydney in May 1820 at the age of thirty, he proved to be unrelenting and passionate in his efforts to secure justice and clemency for convicts. Loved and esteemed by people, including the Aboriginal communities who considered him a friend, he was continually in trouble with the authorities, both colonial and ecclesiastical. Mystically inclined, a devoted student of the Bible and a lover of music, he was a prominent and outspoken leader and communicator at a uniquely interesting period in Australia’s development.

Appropriately, he is interred in the crypt of St Mary's Cathedral, Sydney, having built the original Church on that site. The late John McSweeney, also Cork-born and ordained a priest in All Hallows College, Dublin, took up an invitation to follow in Therry's footsteps in the Antipodes. Apart from five years of ministry in post-war Japan, he served in the Sydney Archdiocese for the remainder of his life. He was for many years Parish Priest (and later Pastor Emeritus) of Our Lady of Fatima Parish, Kingsgrove, NSW.

He wrote this book so that John Joseph Therry, and the major role he played in the founding of the Australian Church and influencing Australian values may be more widely known and appreciated. Fr John McSweeney died in 2013.

Also available in ebook edition through Amazon Kindle or Apple iTunes, or click Add to Cart below to buy book. 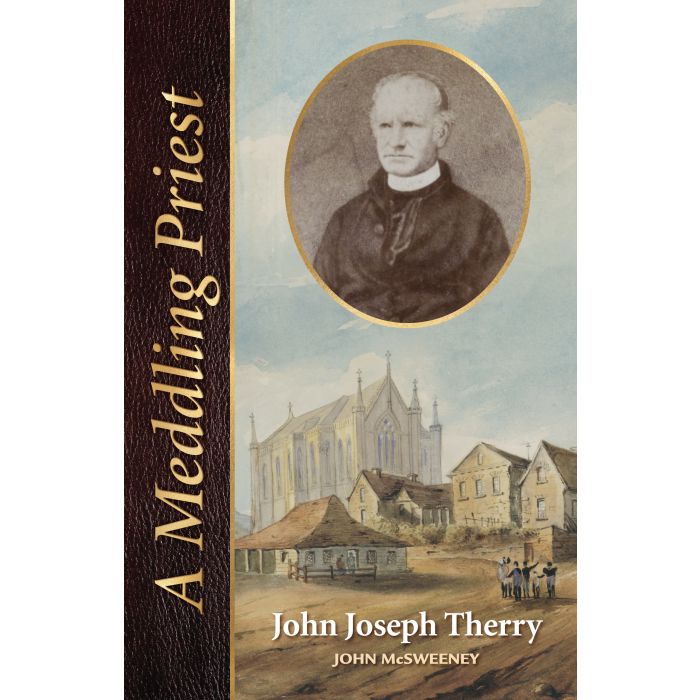