A$23.50
Usually In Stock
ISBN
9780898705966
Add to Compare
This new story in the Vision Books series of saints for 9 - 15 year olds is about Saint Elizabeth of Hungary who spent her life differently than most saints. Instead of living in poverty like St. Francis of Assisi, she lived most of her life in a castle surrounded by incredible wealth. She was born Princess Elizabeth of Hungary, the daughter of King Andrew. By the age of four she was already engaged to be married and was sent far away from her home to live with Louis, her husband-to-be, who was only 10 years old. From the beginning of her life in her new castle, Elizabeth was ridiculed by all of those people who were jealous of her. They noticed that she was always trying to be holy. As she would play games with other children, she would contrive little ways to sneak into the chapel and have a visit with Jesus. Although Elizabeth was a princess, she longed to live the kind of poverty she heard about through the Franciscans. She became a member of the Third Order of St. Francis and she constantly gave her jewels and best clothes to the poor. Sometimes she gave everything away and had nothing nice to wear, but Jesus always provided for her at the last minute. When she emptied the castle store-houses of grain for the poor, Jesus would miraculously fill them up again. Her subjects were never able to grow accustomed to the queen who lived the life of a saint, but they always appreciated her generosity and saw in her such simplicity and holiness. Only four years after her death she was canonized a saint.
Skip to the end of the images gallery 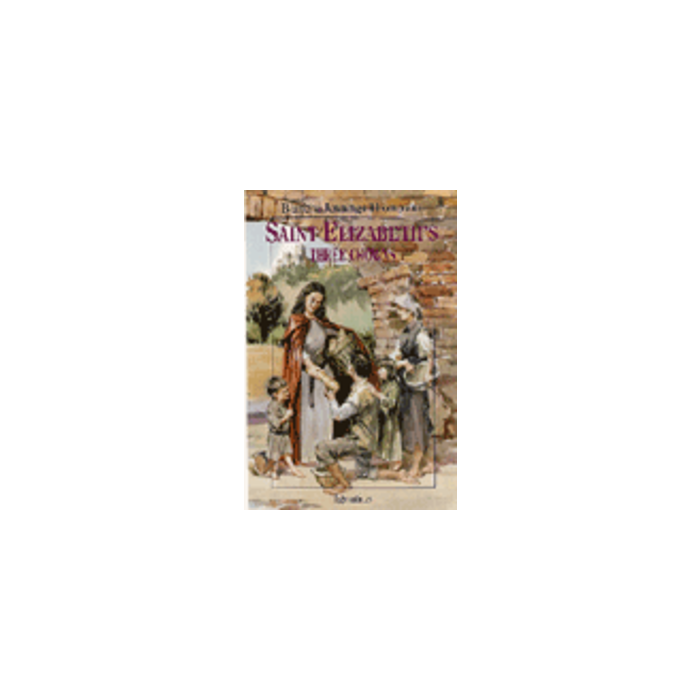