In this lavishly illustrated large coffee-table volume, writer Gorny and photographer Rosikon embarked on a two year investigative journey to seek the truth behind all the relics associated with the passion of Christ. The authors investigated a rich body of documentary evidence found in various museums, archives and churches surrounding sacred objects believed to have been preserved since Jesus' lifetime, exploring and collaborating with historians and scientists in their attempt to verify the relics' authenticity. They reach their conclusions not so much on the basis of faith as on the evidence supplied by historical sources and expert scientific opinion.

The relics associated with the Passion - the suffering, death and burial of Christ - have long proved something of an enigma for the scientific community. Relics investigated, and photographed, for this glorious volume include: the Cross, nails, crown of thorns, pillar of scourging, Christ's tunic, the Veil of Manoppello, the Sudarium of Oviedo, the famous Shroud of Turin burial cloth and more.

Grzegorz Górny is a reporter, essayist, and film and television producer. He is the founder and editor-in-chief of the quarterly Fronda, and from 1994 to 2001 he co-authored a program under the same title that aired on the Polish national television. He has produced various documentary television series and authored numerous articles for European publications. His books include Battle for Madrid (2010).

Janusz Rosikon is a photographer and a member of the Polish Journalists' Association and the Association of Polish Artistic Photographers. His photographs have been featured in Time, Newsweek, and Reader's Digest and various European publications. His work has been exhibited in public galleries in Poland, England, Austria, and North America.

Praise for Witnesses to Mystery:

"An unsurpassed holy treasure! Journey through time and become deeply moved from start to finish during a breathtaking one of a kind pilgrimage to the sacred places of Christ's Passion. Experience history and become enlightened and inspired through this vastly comprehensive study of Christ's holy relics. I highly recommend this book!"
- Donna-Marie Cooper O'Boyle, EWTN TV Host and author of numerous books including: The Miraculous Medal: Stories, Prayers, and Devotions 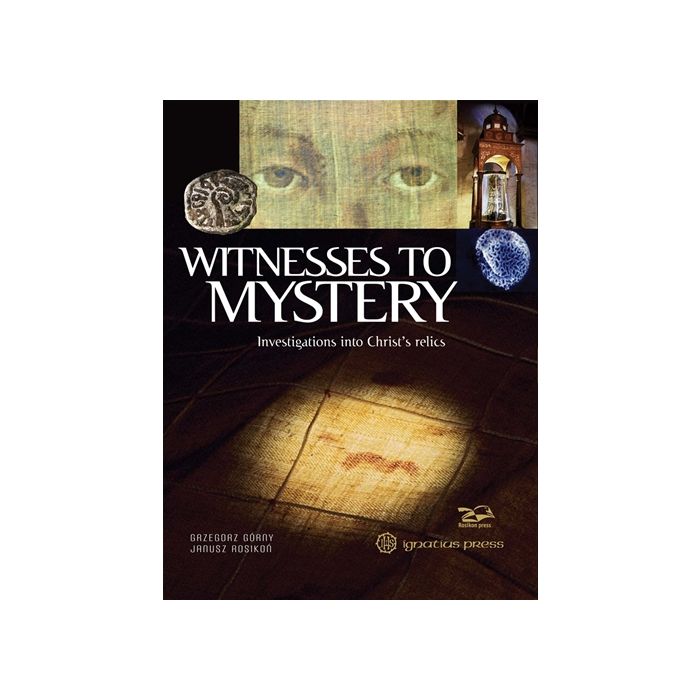