Considerations on Proposals for Legal Recognition

Add to Compare
Homosexuality gives rise to greater concern in those countries that have granted - or intended to grant - legal recognition to homosexual unions, which may include the possibility of adopting children.
This document from the Congregation for the Doctrine of the Faith reiterates the essential arguments drawn from reason which could be used in preparing interventions aimed at protecting and promoting the dignity of marriage, the foundation of the family, and the stability of society. It gives direction to Catholic politicians by indicating the approaches to proposed legislation in this area which would be consistent with Christian conscience.
Skip to the end of the images gallery 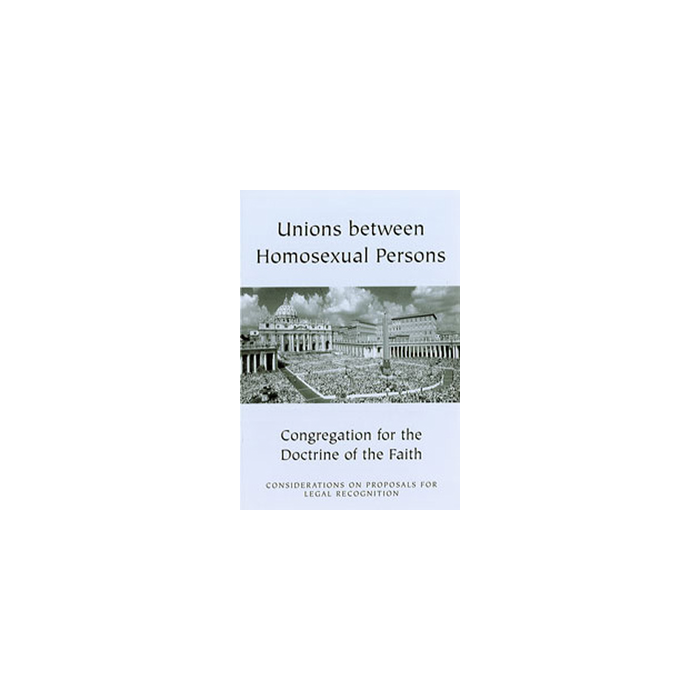