Under the Mantle: Marian Thoughts from a 21st Century Priest

From the bestselling author of No Turning Back

Fr. Donald Calloway, MIC, deftly shares his personal insights on topics including Divine Mercy, the Eucharist, the papacy, the Church, confession, prayer, the cross, masculinity, and femininity. The Blessed Virgin Mary is the central thread weaving a tapestry throughout with quotes about Our Lady from saints, blessed, and popes. Certain to become a "tour de force" Marian book for the Year of Faith!

Praise for Under the Mantle:

We are living in an extraordinary time of grace and mercy. It is a time in which many people, through the intercession of the Blessed Virgin Mary, are experiencing a renewed appreciation for the sacred and unchanging truths of Catholicism. Though the vast majority of universities and colleges today indoctrinate their students into the dictatorship of moral relativism, the media puts forth an ideology of rampant secularism, and the political realm is filled with proponents of a culture of death, nevertheless, it is in these times that Jesus, through the Immaculata, is raising up a new generation of Catholics. In Under the Mantle: Marian Thoughts from a 21st Century Priest, Fr. Calloway masterfully blends together aspects of his own conversion story with profound theological insights into Catholicism, presenting everyone from "Joe six-pack in the pew" to a seminary rector with incredibly vivid and thought-provoking analogies into why it is so important for a Christian to live under the mantle of Mary. I very highly recommend that everyone read this book! Very Rev. Douglas Mosey, C.S.B., Ph.D. President-Rector
Holy Apostles College & Seminary. Cromwell, CT

Raw, unapologetic, and inspiring! A book that is easily understood, yet delving deep, beyond the litany of filters, and challenging spiritually hungry souls to wake up. A truly unique and extraordinary Marian gem for the New Evangelization. You will be thanked when you pass it on!
Milanka Lachman, L.H.S. Founder & President 206 Tours (Catholic Pilgrimages). Hauppauge, NY

Fr. Donald Calloway, MIC, a convert to Catholicism, is a member of the Congregation of Marians of the Immaculate Conception. Before his conversion to Catholicism, he was a high school dropout who had been kicked out of a foreign country, institutionalized twice and thrown in jail multiple times. After his radical conversion he earned a B.A. in Philosophy and Theology from the Franciscan University of Steubenville, OH, M.Div. and S.T.B. degrees from the Dominican House of Studies in Washington, DC, and an S.T.L. in Mariology from the International Marian Research Institute in Dayton, Ohio. He has written many academic articles and is the editor of two books: The Immaculate Conception in the Life of the Church and The Virgin Mary and Theology of the Body. He also is the author of the book Purest of All Lilies: The Virgin Mary in the Spirituality of St. Faustina, No Turning Back: A Witness to Mercy, as well as his new book, Under the Mantle: Marian Thoughts from a 21st Century Priest. 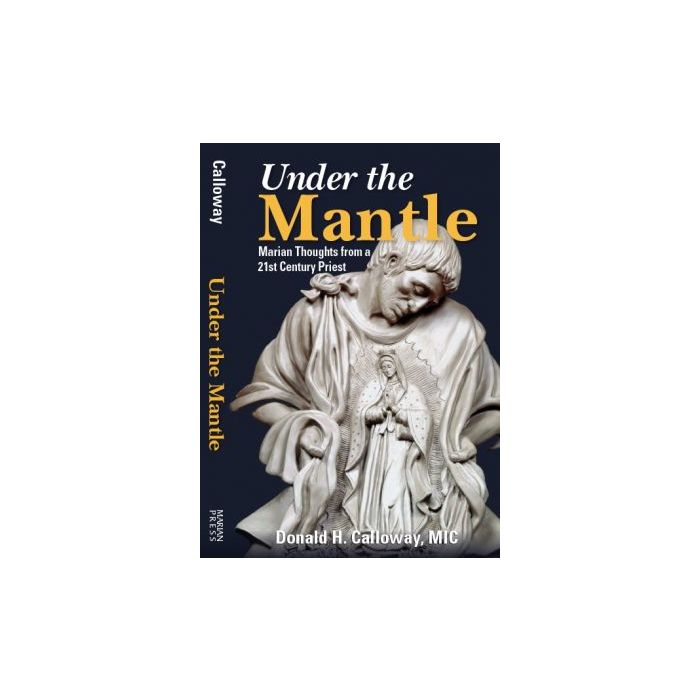