Dorothy Day’s unpretentious account of the life of St. Thérèse of Lisieux sheds light on the depth of Day’s Catholic spirituality and illustrates why Thérèse’s simplicity and humility are so vital for today. Whether you are called to the active life like Day or a more hidden existence like Thérèse, you will discover that these paths have much in common and can lead you to a love that has the power to transform you in ways that are unexpected and consequential.

Now back in print, this short biography of St. Thérèse of Lisieux by Dorothy Day expresses the surprising yet profound connection between Day—the founder of the Catholic Worker movement who was praised by Pope Francis for her passion for justice and dedication to her faith—and the beloved saint best known for her Little Way.

When Day first read St. Thérèse’s autobiography, The Story of a Soul in 1928, she called it “pious pap.” At the time, Day—a social activist who had been living a bohemian lifestyle—had only recently been baptized a Catholic. Some twenty-five years later, Day’s perspective on Thérèse had so completely changed that she was inspired to write this biography. She did not find it an easy task: “Every time I sit down to write that book on the Little Flower I am blocked. . . . I am faced with the humiliating fact that I can write only about myself, a damning fact.” But she persisted, and despite numerous rejections eventually found a publisher for it in 1960. She wrote in the Preface: “In these days of fear and trembling of what man has wrought on earth in destructiveness and hate, Thérèse is the saint we need.”

Written originally for nonbelievers or those unaware of Thérèse, the book reflects how Day came to appreciate Thérèse’s Little Way, not as an abstract concept, but as a spirituality that she had already been living. The Catholic Worker, which she cofounded with Peter Maurin, was dedicated to feeding the hungry and sheltering the homeless. Day’s life, like Thérèse’s, was filled with all the humble, self-effacing jobs that were a part of this work. She found in Thérèse a kindred spirit, one who saw these simple hidden tasks as the way to heaven. “We want to grow in love but do not know how. Love is a science, a knowledge, and we lack it,” Day wrote.

Just as Day had a conversion of heart about the Little Way, you, too, can be changed by Thérèse’s simple, yet profound spirituality. 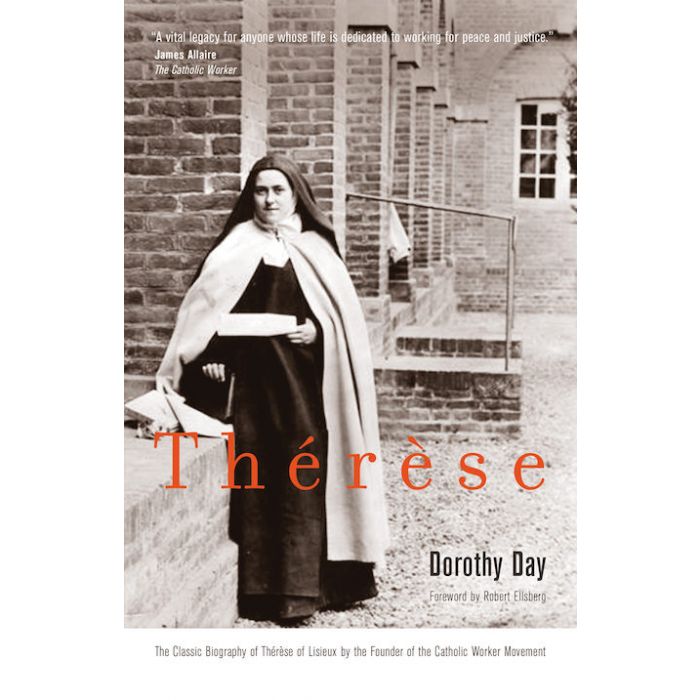