The Price to Pay: A Muslim Risks All To Follow Christ

During his military service, Muhammad, a young Muslim Iraqi from a leading Shiite family, discovers to his dismay that his roommate is a Christian. Muhammad tries to convert his roommate, but he is the one who is converted.

In Islam changing one's religion is a crime, and Muhammad's family does everything possible to make him renounce his new faith in Christ. After threats and blows come prison and torture. Muhammad, who has become Joseph by his baptism, experiences a long Calvary but does not give in. Finally, he is taken from prison by relatives who threaten to kill him if he does not resubmit to Islam. They shoot him and leave him for dead.

The Price to Pay is the true story of Joseph Fadelle's conversion to Catholicism. He risks everything-family, friends, his inheritance and home, and even his life-in order to follow Christ. In a dramatic and personal narrative style, Fadelle reveals the horrible persecution endured by Christians living in a violent and hostile Muslim world.

Joseph Fadelle (Muslim name: Mohammed al-Sayyid al-Moussaou) was born in Iraq in an affluent Shiite family. After he converted to Catholicism he was imprisoned and tortured in Iraqi jails. He escaped to Jordan with his family, where his uncle and brothers tried to assassinate him because of his conversion. He now lives in France with his wife and four children, and has become a best-selling author.

"It's tragic that there has never been a more appropriate time for a book such as this. Compelling, lyrical, captivating, and acutely necessary. Essential reading for every relativist out there, and for those who believe that Christians are not persecuted."
- Michael Coren, Canadian TV host , Author, Why Catholics Are Right

"An eloquent, riveting, and eye-opening account of one man's struggle to follow Christ in the face of seemingly insurmountable odds. Joseph Fadelle's intensely personal story contains powerful lessons about the growing threat to Christians from an increasingly aggressive Islam. His compelling narrative provides indispensable insight into the world behind a wall of coercion and oppression no less imprisoning than that erected by communists in the Cold War. The Price to Pay is at once captivating and illuminating."
- William Kilpatrick, Author, Christianity, Islam and Atheism 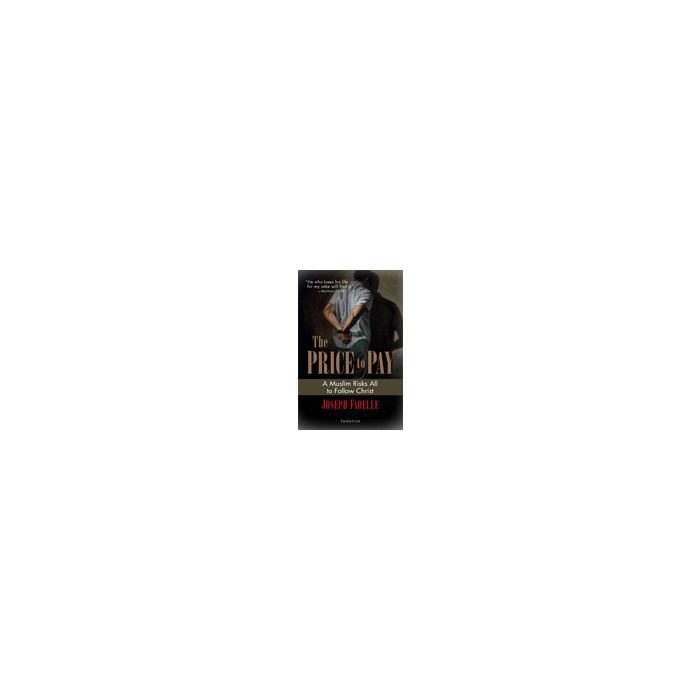