The Life and Challenges of Pope Francis

On the 13th of March 2013, at about 7:00 p.m., there reverberated once again in the Sistine Chapel the traditional "Accepto" ("I accept"), the formula by means of which the man who up to that moment was Cardinal Jorge Mario Bergoglio, Archbishop of Buenos Aires in Argentina, indicated that he accepted the will manifested by his confreres who had just elected him as the new Pope. And thus began the 266th pontificate in the history of the Church, totally unexpected and surprising, beginning with the name chosen by him: Francis. Within a very short time, by means of significant gestures and simple words, Pope Francis won over the whole world. But who is this Pope "taken almost from the ends of the earth?" What are his origins, his history, and his thought? Why the name Francis? To these and other questions Saverio Gaeta, one of the most authoritative and consulted authors on Church matters, responds in this volume. This book also presents a synthesis of the principal challenges that Pope Francis will find facing him: from scandals in the Church to the reform of the Curia, from inter-religious dialogue to the new evangelization.

About the Author: Saverio Gaeta is the chief editor of the Society of St. Paul's magazine Famiglia Cristiana and vice of Credere, the new weekly of ST PAULS Periodicals. He was formerly the editor of the Holy See's daily edition of L'Osservatore Romano and senior editor of the monthly magazine Jesus. A specialist in religious matters, he has published a number of books dedicated to the saints, miracles and devotions. His most recent work for Edizioni San Paolo in 2012 is the autobiography of Cardinal Angelo Comastri, Dio scrive dritto (God Write with Straight Lines). 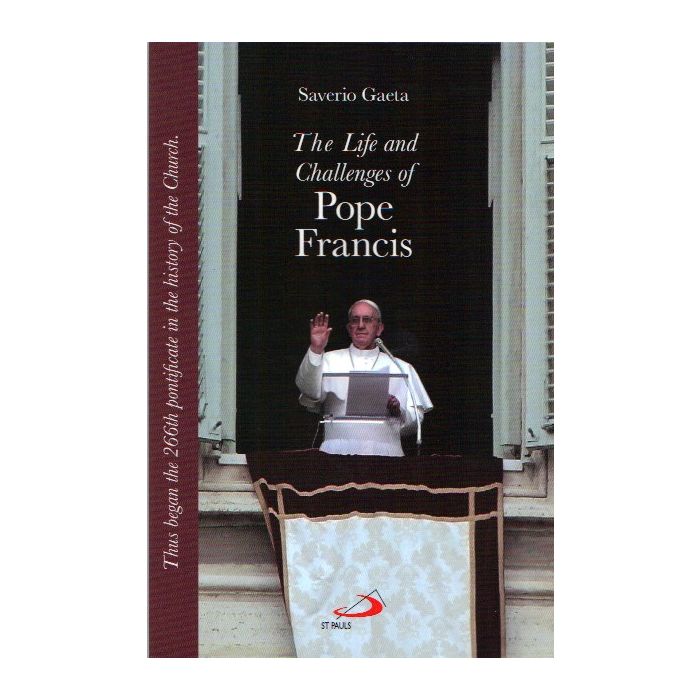