The Gospel of the Family

Going Beyond Cardinal Kasper's Proposal in the Debate on Marriage,..

Walter Cardinal Kasper created an international media stir when he proposed allowing divorced and civilly remarried Catholics to receive the sacraments after a penitential period. But is this something the Church can even authorize?

As the Church enters into the Extraordinary Synod of Bishops on Marriage and the Family, this book takes up the Kasper Proposal and sorts the helpful from the problematic. Never separating pastoral concerns from doctrinal considerations, the authors engage Cardinal Kasper’s ideas with respect, but also at times with some profound disagreement.

How can we heal the wounds of a broken culture? How do we best support families, given the challenges of modern life? What is truly merciful? If the family is central to both society and the Church, how do we best express the truth of its importance? As the authors delve into the matter, they discuss how the early Church addressed issues of marriage and separation, and review the history of Church practice and discipline on marriage. They also explore how contemporary moral attitudes have shaped modern perceptions of marriage and divorce, and how the Church can offer pastoral guidance in this area.

The good points of Cardinal Kasper’s proposal are discussed, but also the ways in which his proposal falls short in presenting the “Gospel of the Family” as the center of our understanding of married life. Stay informed with this essential guide to one of the most important debates in the Church today.

Stephan Kampowski is an associate professor of philosophical anthropology at the Pontifical John Paul II Institute for Studies on Marriage and Family in Rome. He is a coordinator of the masters in bioethics and formation organized in conjunction with the Bioethics Institute of the University of the Sacred Heart, Rome. His two other books in English are Arendt, Augustine, and the New Beginning and A Greater Freedom: Biotechnology, Love, and Human Destiny.

Juan José Pérez-Soba is a priest of the Diocese of Madrid, Spain. He is the director of international research in moral theology at the Pontifical John Paul II Institute in Rome, where he is a professor of pastoral theology. His other publications include El corazón de la familia, Il mistero della famiglia, and La pastorale familiare.

Cardinal George Pell is the Vatican's Prefect for the Secretariat for the Economy and a member of the Council of Cardinals. The author of Issues of Faith and Morals, he is a leading collaborator of Pope Francis. 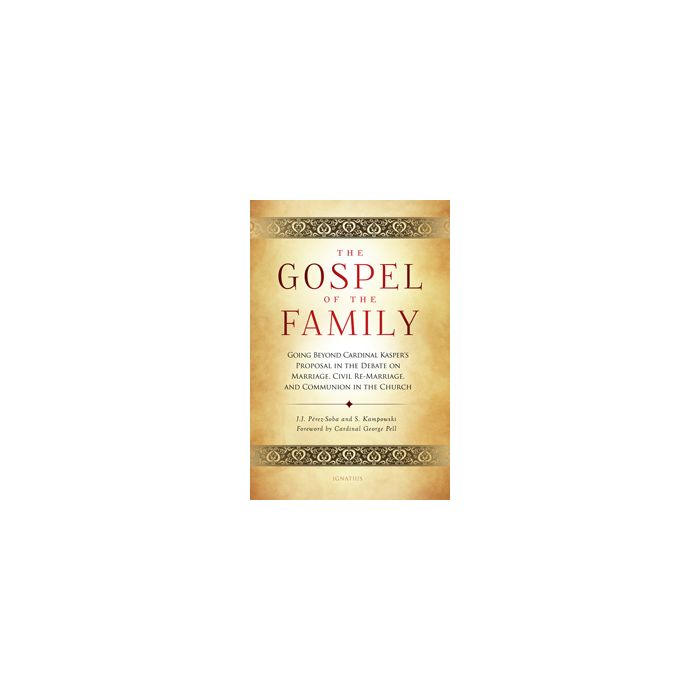