St Teresa of Avila: Her Life in Letters

“A saint who is one of the peaks of Christian spirituality of all time.”Pope Benedict XVI

St. Teresa of Avila, one of the most interesting and important figures in the history of the Catholic Church, was also one of the most candid, entertaining, and brilliant correspondents of her century. This selection of letters offers a unique “behind the scenes” look at this extraordinary Doctor of the Church with details of her life not originally meant for the public.

St. Teresa of Avila's formal works—The Interior Castle and The Way of Perfection—were written with an eye toward censors. Her personal correspondence, however, tell the story of her life in vivid detail, including her struggles to reform the Carmelite order; Spanish mysticism in its formation; and the extraordinary range of relationships she maintained with priests, theologians, royalty, fellow religious, advisors, and friends.

The letters begin when St. Teresa was forty-six—two years before she founded her first convent for Carmelite reform in Avila, Spain—and continue until her death twenty-one years later. She exhibits worries, troubles, sadness, joy, triumphs, and questions throughout. Recipients of these letters, and the people discussed in them, include some of the famous and fascinating figures of late sixteenth-century Catholic Europe: St. John of the Cross; Philip II of Spain; St. Peter Alcantara; St. John of Avila; Ana de Mendoza, the Princess of Eboli; and Jerónimo Gracián de la Madre de Dios.

The story these letters tell is one of enduring importance to the history of the Church. From nascent beginnings to more detailed plans, it is possible throughout St. Teresa of Avila: Her Life in Letters to witness the birth of Spanish mysticism, the reform of the Carmelite Order, and the experiences of contemplative prayer and meditation that resulted in The Interior Castle.

READ MORE
Skip to the end of the images gallery 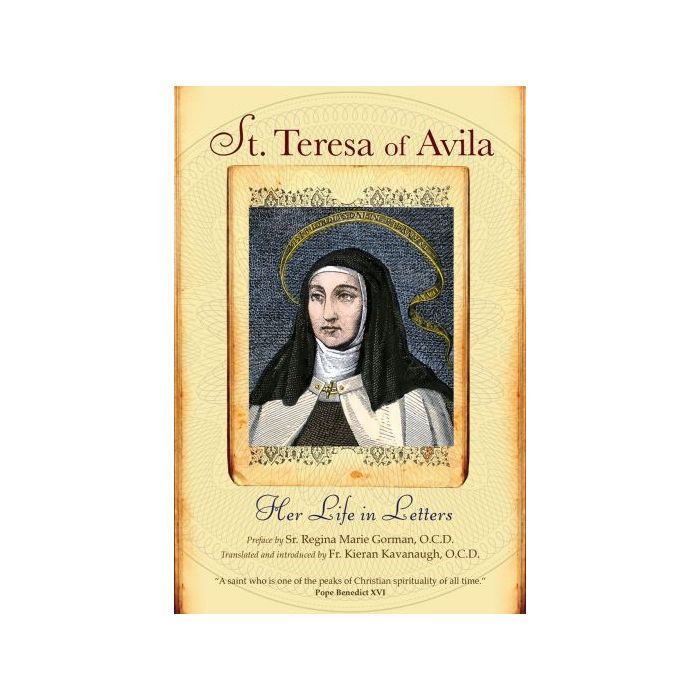