Patroness of the Americas

St. Rose of Lima (1586-1617), Patroness of the Americas, is the first canonized saint of the New World. She was the tenth of thirteen children, and her mother experienced no pain at her birth. Though exquisitely beautiful (hence her nickname, Rose), she refused to marry, and while helping support her family by needlework and growing flowers, she practiced heroic charity and lived as a Dominican Tertiary in her parents’ home. Rose tenderly cared for the sick, even those with repulsive wounds, and she often obtained miraculous cures for people from the Child Jesus.

On other occasions, she worked miracles in order to feed the members of her family, and became known as “Mother of the Poor.” Rose continually prayed and offered her sufferings for the conversion of the idolatrous Incas. In the year 1615, through her prayers, the Blessed Sacrament and the people of Lima were spared attack by savage pirates. St. Rose was a friend and confidant of St. Martin de Porres, who lived in the same city. Her mystical experiences caused an ecclesiastical inquiry.

Though dead at only 31, St. Rose’s love of God was so intense that she was recognized as a saint in her own time and was canonized by the Church just 54 years later, in 1671. St. Rose of Lima has captured the imagination of the world and stands as one of the most popular saints in the history of the Church.

Sister Mary Alphonsus, O.SS.R., was a nun and author of the twentieth century. Her biography of St. Rose of Lima: Patroness of the Americas relates the tale of a humble, young, poor girl who gave her life to God rather than to the many suitors who eagerly pursued her. Sister Alphonsus' work was originally published in 1968 by the B. Herder Book Company, receiving the Imprimatur upon publication. It was also printed by TAN in 2010. 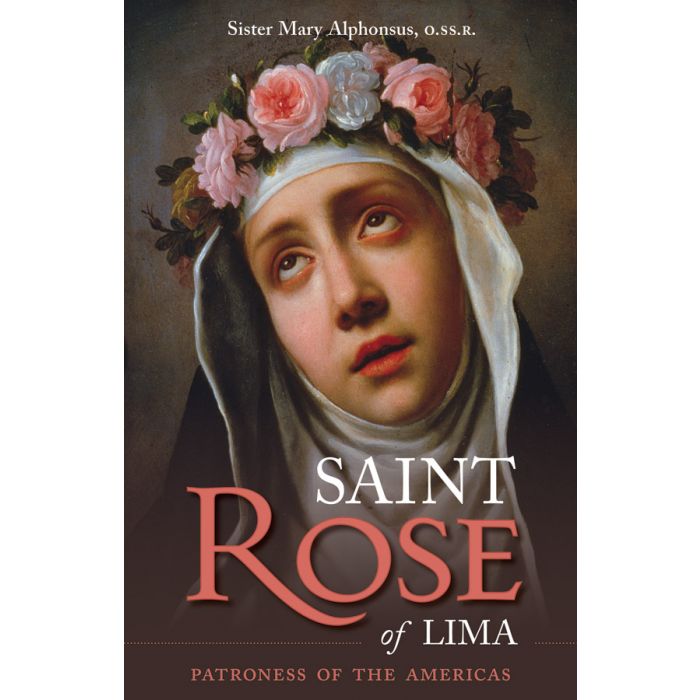