On the Christian Meaning of Human Suffering

Published on February 11, 1984, Salvifici Doloris addresses the question of why God allows suffering. In this apostolic letter, Pope John Paul II reflects on the origins of suffering, explores the different types of suffering we endure, examines our quest to discover its meaning and purpose, and explains how we are to respond to suffering. He links our personal experiences with suffering to the mystery of God, of humanity, and to the redemption brought by Christ's suffering.

This expanded anniversary edition offers the complete text of the letter, along with thought-provoking commentary by Myles N. Sheehan, SJ, MD. As a priest and a physician who was trained in geriatrics and specialized in palliative care, Dr. Sheehan approaches the topic of suffering from firsthand experience and extends his warm compassion to readers. This edition makes the content of the papal document more accessible and places it in the context of recent world events, including September 11th, the wars in Afghanistan and Iraq, and gun violence incidents in schools and public places across the nation. Each of the eight sections of the original document contains insightful questions suited for individual or group use, applicable prayers, and ideas for meaningful action, inviting readers to personally respond to the mystery of suffering.

Fr. Myles N. Sheehan, SJ, MD was named Provincial of the New England Province of Jesuits on July 31, 2009. Fr. Sheehan joined the New England Province of Jesuits on August 25, 1985, made his novitiate at St. Andrew House in Boston, MA, and was ordained to the priesthood on June 18, 1994. On April 22, 2005, he professed solemn vows in the Society of Jesus. Prior to becoming Provincial, Dr. Sheehan's work at Loyola University included administrative, teaching, and curricular development work in his role as Senior Associate Dean and Director of the Ralph P. Leischner, Jr., MD Institute for Medical Education. He had a practice in geriatric medicine along with his work in end of life care and improving palliative care, especially in Catholic healthcare. Fr. Sheehan was named one of Chicago's Top Doctors yearly from 2002-2010. 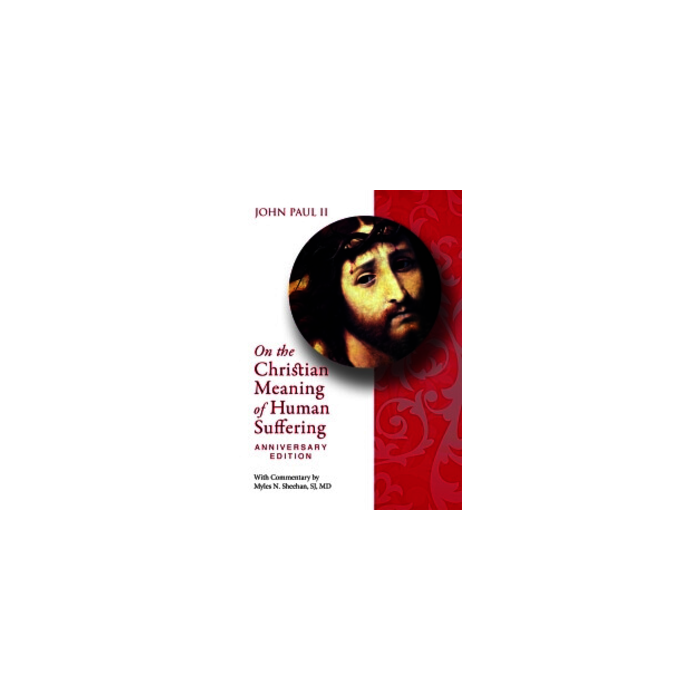