Mother Teresa: Come Be My Light: The Private Writings of the Saint of Calcutta

“If I ever become a Saint–I will surely be one of “darkness.” I will continually be absent from Heaven–to light the light of those in darkness on earth.”
–Mother Teresa of Calcutta


During her lifelong service to the poorest of the poor, Mother Teresa became an icon of compassion to people of all religions; her extraordinary contributions to the care of the sick, the dying, and thousands of others nobody else was prepared to look after has been recognized and acclaimed throughout the world. Little is known, however, about her own spiritual heights or her struggles. This collection of letters she wrote to her spiritual advisors over decades, almost all of which have never been made public before, sheds light on Mother Teresa’s interior life in a way that reveals the depth and intensity of her holiness for the first time. A moving chronicle of her spiritual journey–including moments, indeed years, of utter desolation–these letters reveal the secrets she shared only with her closest confidants. She emerges as a classic mystic whose inner life burned with the fire of charity and whose heart was tested and purified by an intense trial of faith, a true dark night of the soul.

Come Be My Light is that rare thing, a posthumous autobiography that could cause a wholesale reconsideration of a major public figure – one way or another. It raises questions about God and faith, the engine behind great achievement, and the persistence of love, divine and human. That it does so not in any organized, intentional form but as a hodgepodge of desperate notes not intended for daylight should leave readers only more convinced that it is authentic – and that they are, somewhat shockingly, touching the true inner life of a modern saint. —David Van Biema, Time Magazine

Mother Teresa (1910–1997) was born in Skopje (present-day Macedonia) and joined the Sisters of Loreto in Dublin in 1928. She left the Loreto order in 1948 to begin the Missionaries of Charity in Calcutta. Her service to the poorest of the poor became her life’s work. She was awarded the Nobel Peace Prize in 1979 and was beatified in 2003. Editor of Mother Teresa: Come Be My Light, Father Brian Kolodiejchuk, MC, PhD, was associated with Mother Teresa for twenty years and is now director of the Mother Teresa Center, which has offices in California, Mexico, India, and Italy.

FR. BRIAN KOLODIEJCHUK, M.C., Ph.D., was born in Winnipeg, Canada. He met Mother Teresa in 1977 and was associated with her until her death in 1997. He joined the Missionaries of Charity Fathers at the time of their foundation in 1984. Fr. Brian is postulator of the Cause of Beatification and Canonization of Mother Teresa of Calcutta and director of the Mother Teresa Center. 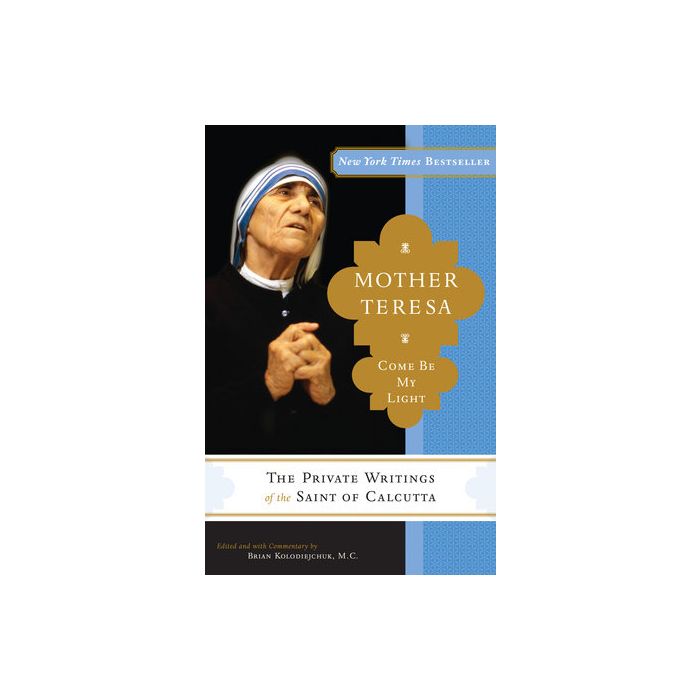