Memoirs of a Happy Failure

The Courage and Perseverance of One of Our Greatest Minds

Alice von Hildebrand is a household name to millions. But little is known of the story of her life, notably the thirty-seven years she spent at Hunter College in New York City. There, despite systematic opposition that might have defeated even the strongest of souls, she endured with grace and devotion, leaving a mark on a generation of students through her defense of truth through persuasion, wit, and love. By showing her students how truth fulfills the deepest longings of the human heart, she helped to liberate countless students from the oppressive relativism of the day, enabling many of them to find their way to God. Now, for the first time, discover the details of Alice von Hildebrand’s compelling and influential life, including:

- her thrilling escape from Europe that was nearly halted by a Nazi ship- her early days in America and her dedication to education and cultivating wisdom- her marriage to the great philosopher Dietrich von Hildebrand,- her victories and defeats at Hunter where she combated a culture dedicated to relativismand much more

The Memoirs of a Happy Failure is a fascinating and essential glimpse into the life of one of contemporary Catholicism’s most compelling minds. It is the story of courage, faith, and the grace of God acting in the world.

“This intimate, poignant memoir demonstrates the power of placing one's trust in God and therein finding the strength to endure suffering and transform lives. Lily Von Hildebrand has done just that. She is a treasure, and her story a must-read.”Raymond Arroyo, EWTN News Managing Editor. 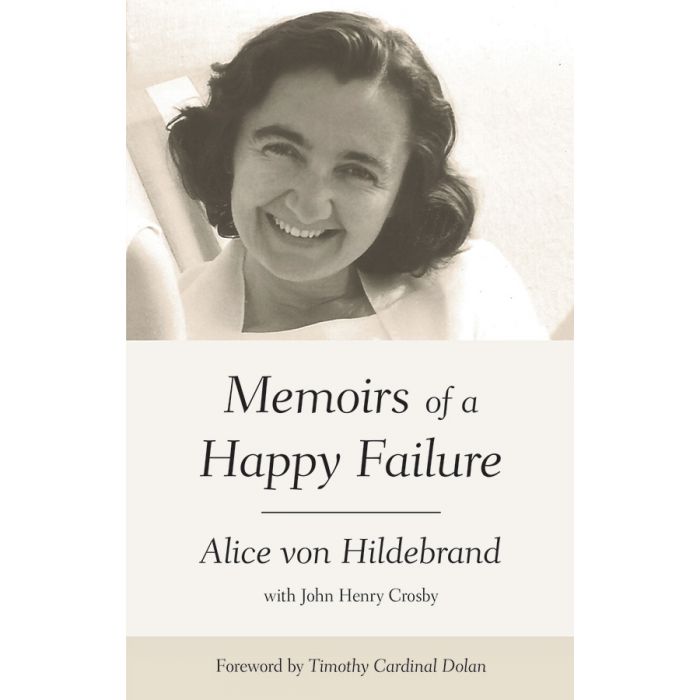