The Sacrament of Matrimony

Add to Compare
For a considerable time now, marriage -- at least as Christians have understood it for the past 2000 years -- has been under assault in our Western societies from many different directions: in the courts, in legislatures, in the academic world and in the popular culture.

These assaults on the traditional institution of marriage have become so intense, and so successful in altering the legal and social meaning of this reality, that many people today wonder about the future form of marriage, or whether it will have a future. Even some Christians today question whether Christian marriage will survive in the form it has had for twenty centuries, as a permanent, monogamous union of man and woman ordered obviously to their own well being but also to the common good through the propagation of the future generations. In reality, we are confronting situations and questions in our day that no previous generation was forced to confront in quite this way.

This book addresses this situation by presenting the Roman Catholic Church's profound vision of marriage as: (1) an institution of divine origin, (2) an institution which has its own specific nature and laws established by the Creator, (3) an institution which is essentially a personal form of communion, and (4) an institution which is entered into only through the free and irrevocable consent of the persons themselves. Each of these aspects of marriage is looked at closely in the pages of this book always with the hopeful and positive view of the Church's vision before our eyes. That faith vision is the basis for our hope and ultimate optimism that all created realities, including marriage, can be saved and transformed, even if not brought to their final perfection.

That final perfection God alone can and will accomplish in the end. 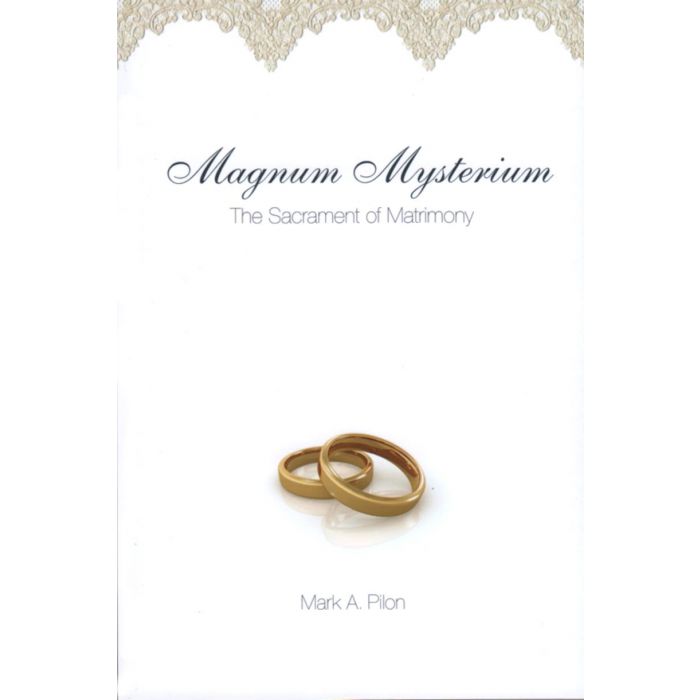