A celebration of the treasured traditions, rituals, and stories that run through the bloodstream of American Catholics

For Andrew Greeley, it is the reverence of Christmas night and the exultation of Easter morn. Martin Scorsese, like many others, remains grateful for the nuns who rapped his knuckles but built his self-esteem. Mary Gordon recalls the sense of lightness that follows confession; Vince Lombardi, the strength he derived from Mass; and Christopher Buckley, the role St. Thomas More plays in his writing.

I Like Being Catholic brings together the memories, thought, and hopes of famous Catholics and ordinary parishioners, lapsed and "good-enough" Catholics, and those who have devoted their lives to the faith. It captures their abiding ties to and deep affection for the Church and offers the wide-ranging, sometimes surprising views on the good things that come with being Catholic.

This is not a book of theology. It is about the beauty at the heart of Catholicism. It is about what Teilhard de Chardin called "the chosen part of things." It is about family and community, the value of Catholic education, the significance of sacraments and milestones, and the cultural impact of Catholicism—there are lists of the ten best Catholic novels, the ten best Catholic movies, ten Catholic heroes of the twentieth century, ten good reasons to raise your kids Catholic, fifty things Catholics like best about being Catholic, and much more ...

I Like Being Catholic is a book for all those who have ever called themselves Catholic. It is a book of warmth, affection, humor, and love.

From the Hardcover edition.

"Practicing Catholics, ex-Catholics, conservative and liberal Catholics, alienated Catholics, recovering Catholics, pious and impious Catholics--unite!  Here is the reason that Catholicism is so deep in your bones.  Welcome to your rich spiritual heritage."

--Paul Wilkes, author of Beyond the Walls and The Seven Secrets of Successful Catholics

"I Like Being Catholic touches the heartstrings, calls forth laughter and tears, and offers the possibility to deepen and more profoundly appreciate an incredible gift: faith.  It does so because it is personal, authentic, and inspirational and it will resonate in your soul."

"There's no better way for anyone to appreciate the "unity in diversity" that is the Catholic Church than by reading I Like Being Catholic. Where else but in the Catholic Church is there enough love to embrace such different folks as Vince Lombardi, William F. Buckley, Jr., Mary Higgins Clark, Andrew Greeley, Joan Chittister, OSB, Archbishop Charles J. Chaput, Joan Wester Anderson, Martin Scorsese and scores of not-so-famous, very diverse people-all of whom simply enjoy being Catholic?"

--Bert Ghezzi, author of Voices of the Saints 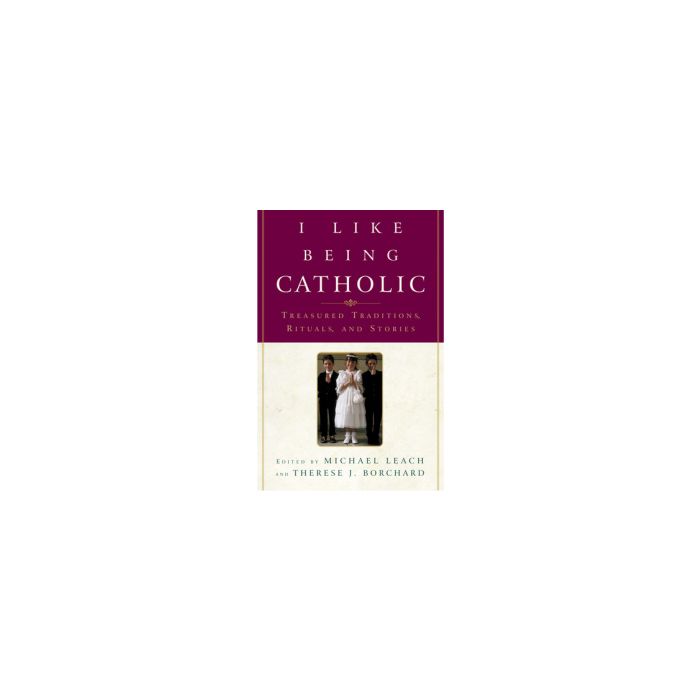