He Loved Them to The End: Meditations on the Gospels of the Passion

Through Gospel citations, theological reflection and the experience of the average Christian, the author leads us through the Passion of Jesus, scene by scene, to reveal the profound significance of some easily overlooked details in the drama of our salvation. Beginning with the Last Supper, through the Agony in the Garden, to the trial before Annas and Caiaphas and the trial before Pontius Pilate and Herod, to the carrying of the Cross and his death on Calvary, and finally to his Resurrection three days later, Jesus manifested the love of God in a way that overturned all the false judgments that had been made against him and gave us an example to follow. Since love is revealed through the Cross, we find it easier to focus on the suffering and hence miss the glory that it likewise holds for those who love God and neighbor to the very end. It is impossible to meditate on these passages from Sacred Scripture without being profoundly moved and motivated to live the love we find in them.

About the Author: Gabriele Cingolani, CP, a Passionist priest presently stationed in Canada, was born in Recanati, Italy. An acclaimed journalist, author and lecturer, he received his theology degree from the Gregorian University. His books, among them St. Gabriel Possenti, Passionist: A Young Man in Love and Gabriel of Our Lady of Sorrows: Life and Prayers (Alba House, 1997), have been published by several major publishing houses in Italy and have been translated into English, Spanish and Portuguese. Among his many assignments, he has worked for Vatican Radio and in the Office of the Vatican Secretary of State, was Provincial Superior of his congregation, in charge of the Passionist formation program, and preacher of missions at home and abroad, A recent assignment in Canada included work for Radio Maria where for two years he transmitted weekly conversations on the Gospels of the Passion, from which this book has been derived.

About the Artist: Antonio Caruso, the artist responsible for the illustrations contained in this volume, was born in Serra San Bruno (Catanzaro), Italy. He attended the Carrara Academy of Bergamo and the Brera Academy of Milan. He is equally at home with painting, sculpture and graphic arts. He has participated in art shows at the international level in Lisbon, Paris, Brussels, Geneva and Madrid. His works are known in Italy, Egypt, Canada and the United States. For some years now he has been living and working in Canada. 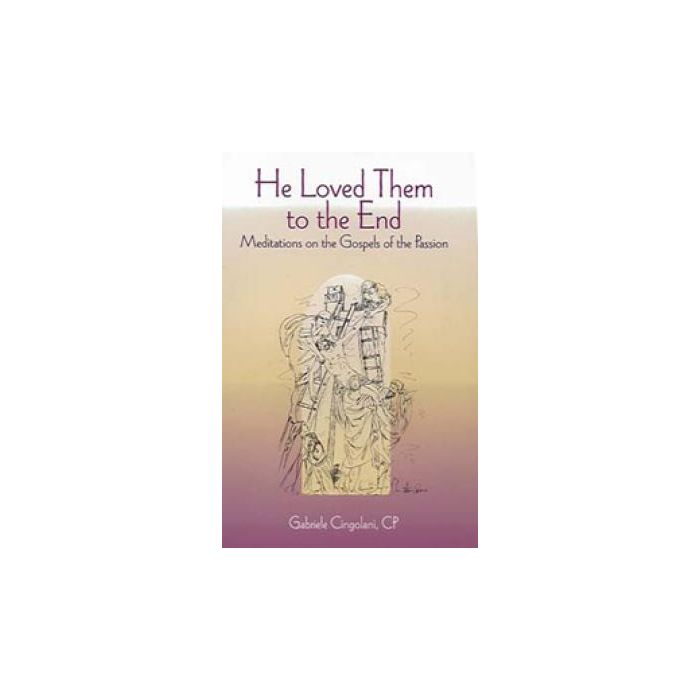