Grammar of God: A Journey into the Words and Worlds of the Bible

For readers of Bruce Feiler’s Walking the Bible and Kathleen Norris’s The Cloister Walk comes a powerful exploration of the Bible in translation.

Aviya Kushner grew up in a Hebrew-speaking family, reading the Bible in the original Hebrew and debating its meaning over the dinner table. She knew much of it by heart—and was therefore surprised when, while getting her MFA at the University of Iowa, she took the novelist Marilynne Robinson’s class on the Old Testament and discovered she barely recognized the text she thought she knew so well. From differences in the Ten Commandments to a less ambiguous reading of the creation story to a new emphasis on the topic of slavery, the English translation often felt like another book entirely from the one she had grown up with.

Kushner began discussing the experience with Robinson, who became a mentor, and her interest in the differences between the ancient language and the modern one gradually became an obsession. She began what became a ten-year project of reading different versions of the Hebrew Bible in English and traveling the world in the footsteps of the great biblical translators, trying to understand what compelled them to take on a lifetime project that was often considered heretical and in some cases resulted in their deaths.

In this eye-opening chronicle, Kushner tells the story of her vibrant relationship to the Bible, and along the way illustrates how the differences in translation affect our understanding of our culture’s most important written work. A fascinating look at language and the beliefs we hold most dear, The Grammar of God is also a moving tale about leaving home and returning to it, both literally and through reading.

Praise for The Grammar of God

“The highest praise for a book, perhaps, is tucking it into a slot on your bookshelf where you’ll always be able to effortlessly slide it out, lay it across your lap and soak it up for a minute or a long afternoon’s absorption. The Grammar of God: A Journey into the Words and Worlds of the Bible, Aviya Kushner’s poetic and powerful plumbing of both the Hebrew and English translations of the Bible, now rests in just such an easy-to-grab spot in my library. In a word, it’s brilliant. And beautiful.”—Barbara Mahany, Chicago Tribune

“Aviya Kushner has written a passionate, illuminating essay about meaning itself. The Grammar of God is also a unique personal narrative, a family story with the Bible and its languages as central characters.”—Robert Pinsky

“Kushner is principally interested in the meanings and translations of key Biblical passages, and she pursues this interest with a fierce passion. . . . A paean, in a way, to the rigors and frustrations—and ultimate joys—of trying to comprehend the unfathomable.”—Kirkus Reviews

“A remarkable and passionately original book of meditation, exegesis, and memoir. In Kushner’s redemptive vision, the Bible in its many translations is a Noah’s ark, and her book, too, does a work of saving. When I put it down, I wept.”—Rosanna Warren, author of Stained Glass

“What a glorious book! From Sarah’s laughter to the idea of Jewish law being a dialogue and not a rigid set of rules, this is a book not only to learn from but to savor.”—Peter Orner, author of Love and Shame and Love

“In this splendid book, each page is a wonder.”—Willis Barnstone, author of The Restored New Testament

Aviya Kushner has worked as a travel columnist for The International Jerusalem Post, and her poems and essays have appeared in The Gettysburg Review, Harvard Review, Partisan Review, and The Wilson Quarterly. She teaches at Columbia College Chicago and is a contributing editor at A Public Space and a mentor for the National Yiddish Book Center. 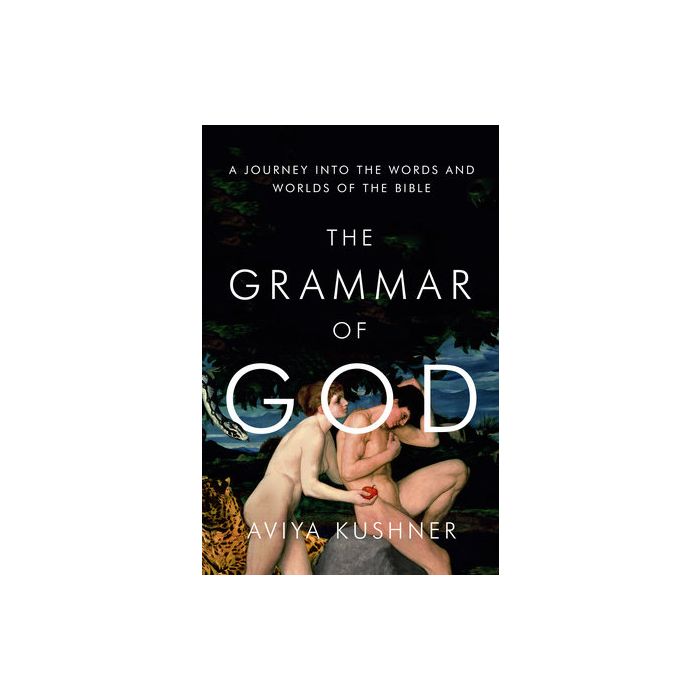