“[A] beautiful book of hope and inspiration . . . Pope Francis speaks frankly about problems facing the young and the elderly, Catholic and non-Catholic.”—Publishers Weekly (starred review)

Pope Francis examines the role of millennials in the future of the Catholic Church in this urgent call to believers of all generations to work together to build a better world.

Since his election in 2013, Pope Francis has reinvigorated the Catholic Church and become one of the most popular global leaders. Now, in this extraordinary interview with journalist Thomas Leoncini, His Holiness reminds Catholics of all ages that “God is young; He is always new.” God has energy, spontaneity, and the desire for change—youthful qualities that can be rallied to fight the many problems facing the Catholic Church and the world at large. In this inspiring volume, published in English for the first time, Pope Francis’s solution to these challenges is simple: a “revolution of tenderness” that unites believers of all ages in a mission to remake the world.

“God is young! God is the Eternal One who has no time, but is able to renew and rejuvenate Himself and all things continually. The most distinctive attributes of the young are also His. He is young because He makes all things new and loves innovation; because He astonishes and loves astonishment; because He dreams and wants us to dream.”—Pope Francis

Praise for God Is Young

“Enlightening . . . The interview is extremely wide-ranging. [Pope Francis’s] answers contemplate not only philosophy but such quotidian things as plastic surgery, pets, cell phones, consumerism, and more. The pope’s answers are generous in their length, some being even mini homilies. But all are thoughtful and thought-provoking, of interest and benefit to readers of all ages.”—Booklist (starred review) 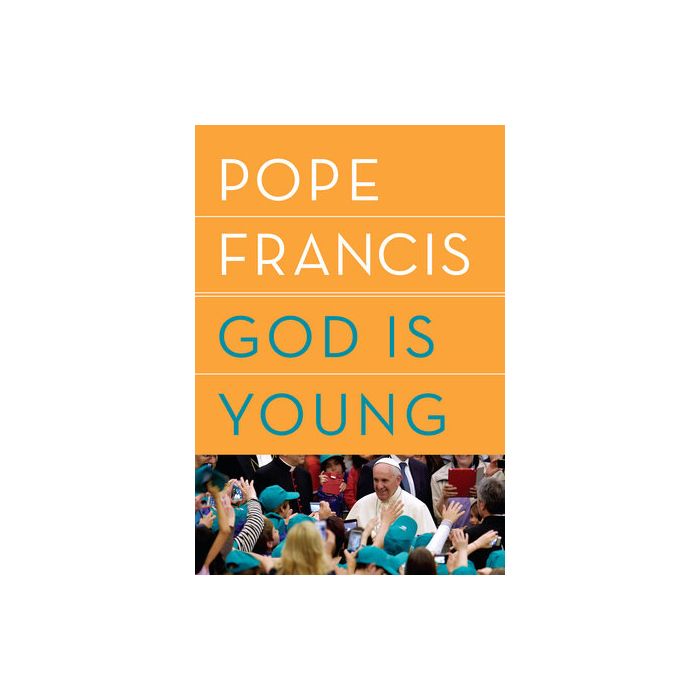