Faustina: The Mystic and Her Message

Follow the path of Faustina on her journey to sainthood. Award-winning author and historian Dr. Ewa Czaczkowska tenaciously pursued Faustina to ultimately produce a biography that masterfully tracks this mystic's riveting life and her unique call from Jesus.

More than 70,000 copies of the original Polish edition were sold within three months of its release. Now licensed for English distribution exclusively through Marian Press, Faustina: The Mystic and Her Message provides new details about this remarkable woman and rare photographs of her. In this biography, get to know the real Faustina, her message, and her mission.

This book is much more than simply another biography about St. Faustina. Award-winning journalist and historian Ewa Czaczkowska researches the life of Faustina with a relentless drive to discover what made her tick. As a journalist, she knows that she’s breaking the big story about the mystic whose life and mission have inspired the Divine Mercy movement. As a historian, Czaczkowska knows that she needs to place Faustina within the context of her times.

No armchair researcher, Czaczkowska leaves no stone unturned as she follows in the footsteps of Faustina the mystic, visiting each of the locations the saint called home throughout her life. At each location, not only does Czaczkowska give readers a grasp of how the times and Faustina’s environment shaped her, the biographer also shares more personally the testimonies of those who knew Faustina best.

As a result, Czaczkowska helps you get to know Faustina as a living, breathing human being. Among other things, you discover this future saint had a temper, disappointed her father when she came home late one evening from a dance, and doubted at times whether her visions of the Lord were real. And many of the testimonies and photos that Czaczkowska presents are unique to this biography, the fruit of the author’s passionate research.

Czaczkowska also delves into St. Faustina’s rich interior life. For example, you can now follow the saint’s visions of heaven, hell, and purgatory in a comprehensible way. Gaps in her inner life that are not clarified in the Diary are addressed, giving you a better sense of what was happening in her spiritual life as she received many of her revelations from Jesus.

To sum up, the biographer paints a compelling, fresh, and intimate portrait of Faustina. This great mystic emerges as a real person who struggled with her inadequacies and limitations even as she was blessed with extraordinary spiritual gifts and given a unique mission by Jesus Himself. That is why I highly recommend this groundbreaking biography.

From the Foreword by Fr. Kazimierz Chwałek, MICProvincial Superior of the Marian Fathers in the U.S. and Argentina

Important saints should be brought closer to people in many ways. It is important to do so in an interesting manner and in language accessible to contemporary readers, while presenting the depth of the spirituality of the saint. All of these conditions are met in this biography about St. Faustina by Ewa Czaczkowska. 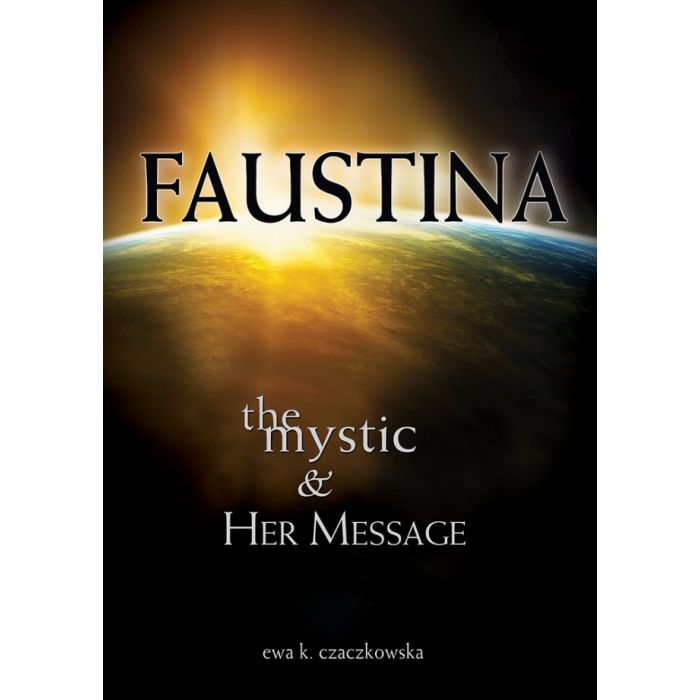