The Struggle for the Soul of the West

For many Americans the attack on the World Trade Center on September 11, 2001, was the first time they had considered Islam. Were the terrorists motivated by the true dictates of their religion, or had they hijacked Islam as well as the planes in a political cause unrelated to the teachings of Muhammad?

Christianity, Islam, and Atheism argues that Islam is a religion of conquest and subjugation and that in spite of 9 /11 and thousands of other terrorist attacks throughout the world, many in the West still do not know or admit this because it conflicts with their multiculturalism and their belief in the equivalence of all cultures and religions.

To meet the challenge from Islam, Christians need to know more about the important differences between Islam and Christianity, yet many have been lulled into complacency by the misleading and largely unexamined assumption that the two religions are similar. The time that Christians spend in pursuing common ground is time that Islamic activists will use to press their radical agenda.

In addition to challenging both the multicultural and common-ground approaches, William Kilpatrick also exposes the role played by atheists and secularists in advancing Islam. Despite paying lip service to freedom, radical secularists serve as enablers of radical Islam. The civil liberties that the West enjoys are the fruit of Christian civilization, Kilpatrick argues, and only a reawakened Christianity can defend them against Islam's advance.

William Kilpatrick is the author of several books, including Psychological Seduction and Why Johnny Can't Tell Right from Wrong. His articles on Islam have appeared in Investor's Business Daily, FrontPage Magazine, Jihad Watch, Catholic World Report, the National Catholic Register, World, and other publications. Professor Kilpatrick, who taught for many years at Boston College, lectures frequently to audiences in the US and abroad.

" Kilpatrick's insights into Western relativism, multiculturalism, and the resultant anti-Christian attitudes form a matrix by which the rot of a crumbling society can be better understood . . . This book summons Christians to awaken their love for the true Jesus Christ of the Gospel, to learn sober truth about Christianity and Islam, and live their faith courageously in the face of Muslim aggression."
- Mitch Pacwa, SJ, Author, St. Paul and the Power of the Cross

"Most politicians, journalists, and intellectuals either fall silent on the subject of Islamic theology or sanitize it through platitudes, all of which revolve around religious and cultural relativism. As William Kilpatrick convincingly shows in Christianity, Islam, and Atheism, this fashionable complacency has compromised Western civilization. In this indispensable book, he wakes the politically correct up from their dogmatic slumbers, sounding a vitally important alarm about the true aims of Islam."
-George Neumayr, contributing editor to The American Spectator and co-author of No Higher Power: Obama's War on Religious Freedom

"This extraordinary book pierces through the politically correct miasma of unreality that envelops us and explains clearly and persuasively, with mountains of evidence, the threat that Islam poses today to the Church and to Western civilization. William Kilpatrick is to be commended for penning a concise and comprehensive introduction to the reality and magnitude of the Islamic supremacist threat. This book should be essential reading for politicians, bishops, and everyone who is on the front lines of the culture wars."
- Robert Spencer, author of the NY Times bestseller The Truth About Muhammad 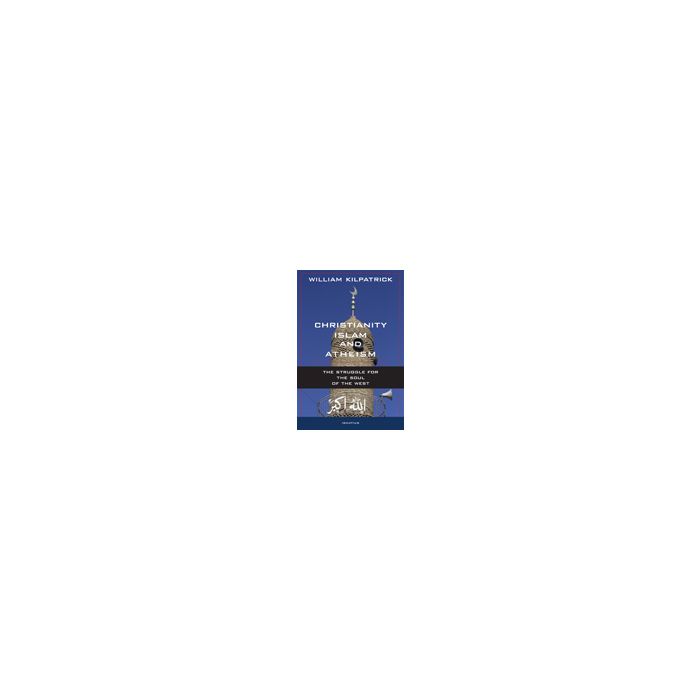