Challenges of Christian Community, The

Loving, Correcting, Forgiving, and Searching for the Lost

In a series of finely honed arguments based on the Gospel of St. Matthew, chapter 18, Cardinal Carlo Maria Martini presents the Christian community – lay, religious, family, business, etc. – as a place where fraternity is truly lived in harmony and peace, overcoming inevitable disagreements. It is a community in which the least, those who count for less, are held in greater esteem. It is a serious group of persons that has rules which are observed and for which there also exist sanctions. It is a community where it is above all necessary to continue pardoning the faults of others. It is a community which searches for those who are lost or alienated and that celebrates those who return. Most of all, it is a community in which Jesus is at the center and, with the power of his resurrection enjoys the miracle of a union based on faith, hope and charity. It is a community aware of its shortcomings, which is not frightened by its failings because it is certain of the pardon of the Lord. It is precisely this kind of community which we must struggle to build each and every day among ourselves, beginning in the family, passing on to the parish and the diocese up to and including all of society.

About the Author:Carlo Maria Martini was born in Turin, Italy, on February 15, 1927. He entered the Society of Jesus in 1944, was ordained to the priesthood in 1952 and made his solemn religious profession in 1962. In 1969 he was named Rector of the Pontifical Biblical Institute and in 1978 was nominated Chancellor of the Pontifical Gregorian University. He served as Archbishop of Milan, Italy from 1980 until his retirement in 2002. In 2003 he took up residence in Jerusalem, living a life of prayer and study during which time he wrote his reflections on death and the hereafter entitled I Believe in Eternal Life (ST PAULS, 2013). For reasons of health he returned to Italy in 2008 where he passed away on August 31, 2012. His was a voice listened to and respected by Catholics and non-Catholics alike. 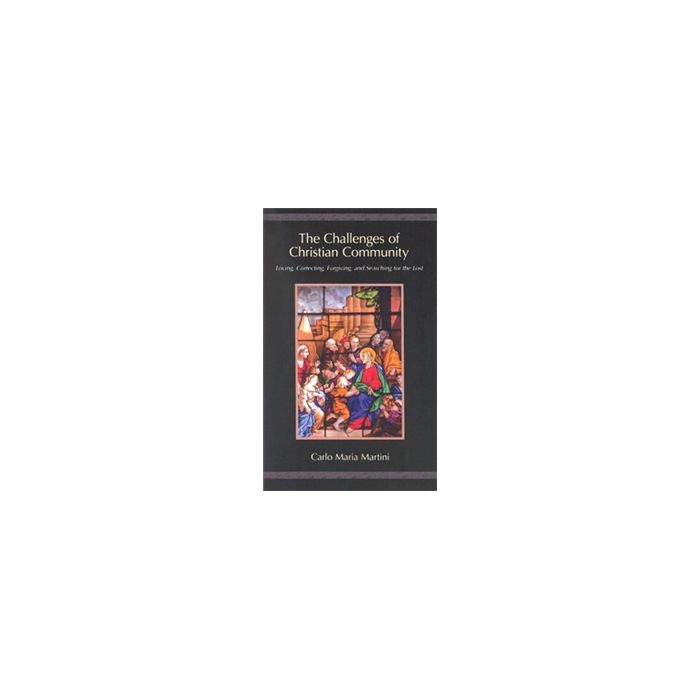