Recent events have shown again how suicide touches all of us — often when we least expect it. But how to unpack the grief that follows such a painful, and often stigmatized, death? Ron Rolheiser can help.When someone is stricken with cancer, one of three things can happen: Doctors treat the disease and cure it; professionals can’t cure the disease but can control it so that the person suffering can live with the disease for the rest of his or her life; or the cancer can be of a kind that cannot be treated and all the medicine and treatments in the world are powerless – the person dies.

Emotional depression leading to suicide can work the same way. Sometimes a person can be treated so that, in effect, they are cured; sometimes they can’t ever really be cured, but can be treated in a way that they can live with the disease for their whole life; and sometimes, just as with certain kinds of cancer, the disease is untreatable, unstoppable, and no intervention by anyone or anything can halt its advance – it eventually kills the person and there is nothing anyone can do. Thus, Ronald Rolheiser begins this small, powerful book.

With chapters also on “Removing the Taboo,” “Despair as Weakness Rather than Sin,” “Reclaiming the Memory of Our Loved One,” and “The Pain of the Ones Left Behind,” Fr. Rolheiser offers hope and a new way of understanding death by suicide. 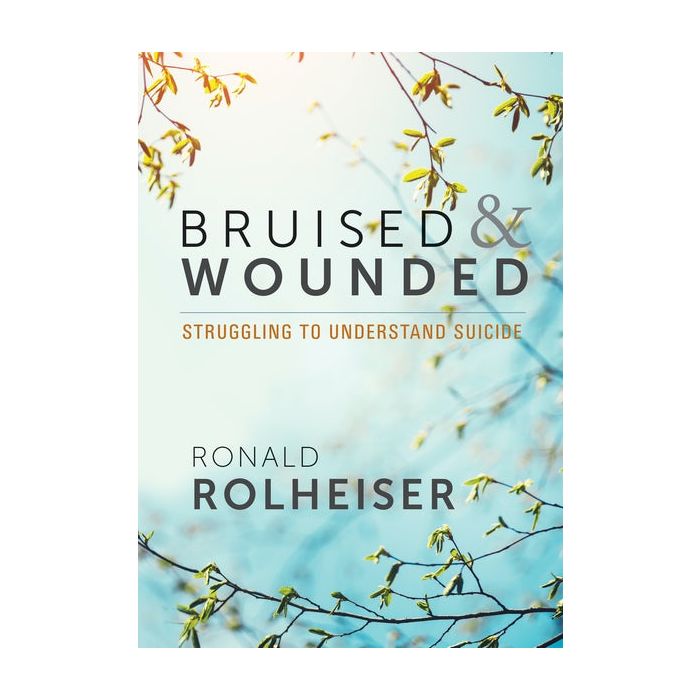