This is a different kind of saint's biography-one that reads almost like a novel. In these pages Bernadette lives again. We follow her from birth to death, hearing her speak, watching her interact, experiencing with her the life-changing impact of the eighteen apparitions of the Virgin Mary at Lourdes.

But this is not a novel. Everything recounted here has been strictly authenticated by the author, renowned Marian scholar Father René Laurentin. Father Laurentin has spent twenty years, in collaboration with several successive teams of experts, scientifically establishing the history of Lourdes and of Bernadette Soubirous. The fascinating result reveals the hidden face of Saint Bernadette.

The Holy Spirit led Bernadette down a path of Gospel holiness and simplicity-a path of abandonment to the merciful love of God. She remains for us a humble and radiant herald of our Lord and our Lady, echoing across the centuries a message of challenge and of hope: change your heart; begin to fully live the Gospel of Jesus.

Father René Laurentin, one of the foremost Marian theologians of our time, holds a licentiate in philosophy, as well as doctoral degrees in literature, history and theology. He has taught in universities across France, Italy and the United States. Father Laurentin's research on the apparitions at Lourdes, begun in 1952, has been compiled in no less than thirty volumes. His study culminated in the publication of Bernadette vous parle, presented here in its entirety in a first-time English edition.

"This is book is written in the format of a novel, but with Bernadette's actual words. This was a very satisfying hagiography, because it gave, I feel, a realistic portrait of Bernadette. Often, saints' biographies tend to make the saint out as more angelic than human. The author, for the most part, avoids this annoying habit. There are also many interesting photos, which add to the feeling of the 'authentic' Bernadette. In sum, I would definitely recommend this book for anyone truly interested in the life, words, and spirit of the peasant girl from Lourdes who was graced with the presence of 'the Immaculate Conception.'"K. P. "The Magnificent" (Republic of Texas), Amazon.com customer review

"This huge biography contains so many of St. Bernadette's quotes from so many various sources, that the reader obtains a new perspective on the saint. She has a much more dynamic character than I had thought from reading other books about her life! The completion of the book left me with a powerful sense of spiritual friendship with St. Bernadette. It was well worth the cost of the book and the time spent."K Shaffer (Staples, MN), Amazon.com customer review 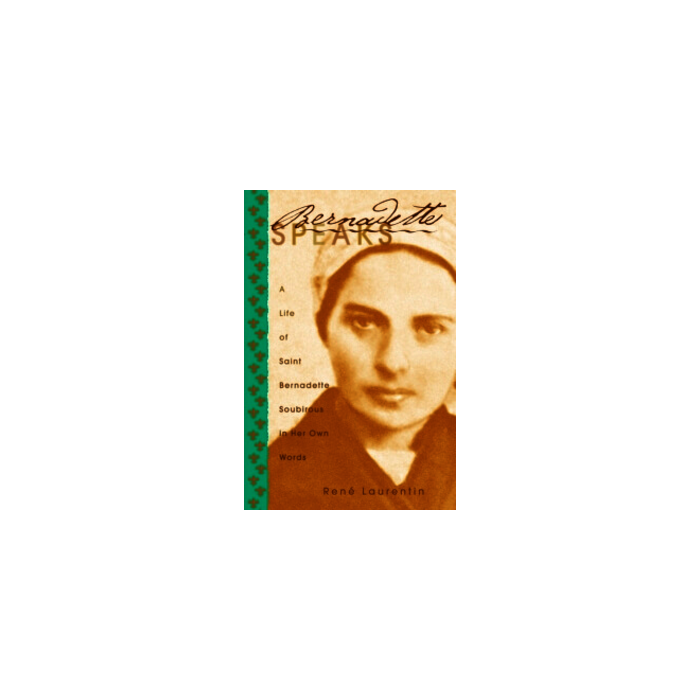